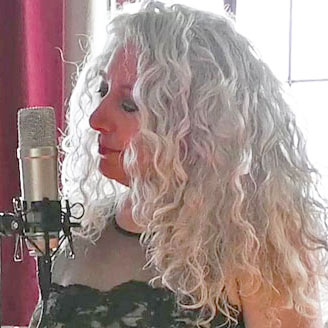 Thanks for checking out my site, and here's a little about me.

I've been in and out of the Cincinnati music scene since 1980 and I'm proud to work with some of the most talented, most seasoned musicians in the area. From a mellow jazz trio for background music to a full blues-rock band or somewhere in between, we can tailor our sound for your event. I've been told I remind people of such varied artists as Bette Midler, Carole King and Janis Joplin. I don't know, I think it depends on who's in the band that night, what songs we do, or how my hair looks.

People who have been around the Cincinnati area for a while may remember me as the keyboard player/singer with The Warsaw Falcons, of which I was a founding member in 1982. After that I sang with different groups, usually with Moxie in the name, which was short for my last name, Moxness. Life kind of got in the way of musical endeavors for awhile, but I did manage to release a cd with the bluesy/jazzy  Moxie Band in 2015. Scheduling conflicts prevented that group from continuing, although we do still get together for a gig sometimes. Lately in 2022 I've been working on a new group, Donna Rose & The Wayward Souls, a blues-rock group, which will also be available as a quartet with an upright bass instead of electric, and no drums, for smaller rooms and events.

People sometimes ask if Donna Rose is my real name. Yes it is, at least part of it. Counting all names I would be Donna Rose Marie Moxness Lawson. Some might remember me as Donna Moxness, others as Donna Lawson. If you want to get technical about it, I was actually baptized Madonna!

Please reach out  and let us provide just the right bluesy jazzy ambience for your club, restaurant or event.